Just finished The Bloody Crown Of Conan, a collection of 3 Conan stories by Robert E. Howard. (There’s a draft of an unpublished story in the back, which I’m not counting.)

The first story of the compilation, The People Of The Black Circle, was a bit formulaic, but it started off strong and had some memorable moments.

Of the included stories, The Hour Of The Dragon was easily the most engrossing – well worth a second read. The one nit to pick is that the plot’s fairly similar to The Scarlet Citadel (from The Coming Of Conan The Cimmerian).

And finally, Howard departs from his formula in A Witch Shall Be Born, but it doesn’t quite work. Here, Howard innovates by having two protagonists – which is probably one too many for a short story. 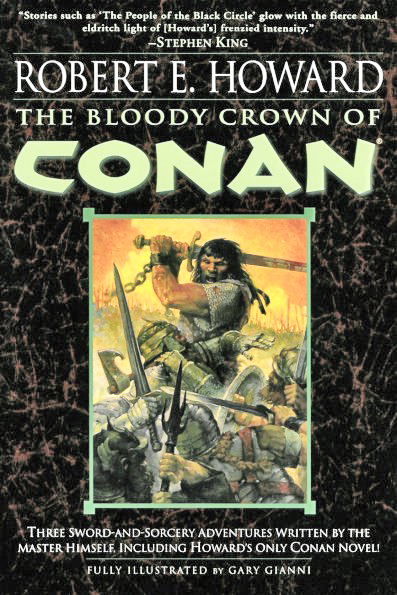 The Bloody Crown Of Conan book cover from SaltmanZ.com