The threat to archaelogical sites from ISIS

The logic behind Islamofascist terrorism

The strategic significance of Taiwan

Brutality vs. Mercy in war 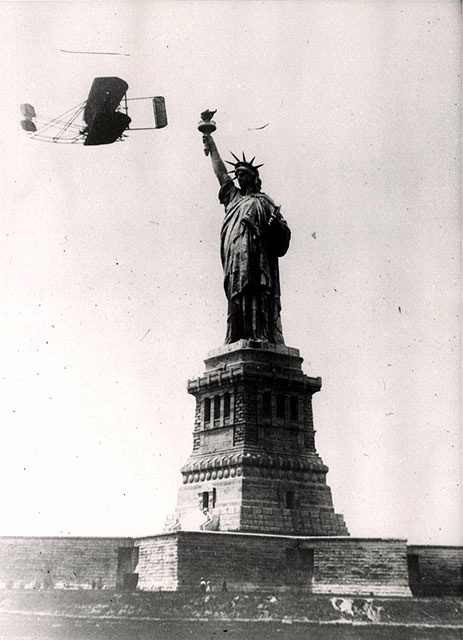 Wilbur Wright flying over the Statue of Liberty in 1909. From Distractify

Orwell realized that Hitler understood something about man’s psyche that most are unwilling to admit:

Also he has grasped the falsity of the hedonistic attitude to life. Nearly all Western thought since the last war, certainly all “progressive” though, has assumed tacitly that human beings desire nothing beyond ease, security and avoidance of pain. In such a view of life there is no room, for instance, for patriotism and the military virtues. The Socialist who finds his children playing with soldiers is usually upset, but he is never able to think of a substitute for the tin soldiers; tin pacifists somehow won’t do. Hitler, because in his own joyless mind he feels it with exceptional strength, knows that human beings don’t only want comfort, safety, short working hours, hygiene, birth control, and, in general, common sense; they also, at least intermittently, want struggle and self-sacrifice, not to mention drums, flags and loyalty parades…

Something to think about with respect to the rise of ISIS as well.

The article seems to say contradictory things about the role of biofilms.

As I understand it though, the ancestor of Yersinia Pestis had a set of genes which produced a biofilm that allowed it to survive in the lower intestine of fleas. A mutation then occurred, stripping the bacteria of its ability to make this particular biofilm.

Instead, it produced a different kind of biofilm, which permitted it to survive in the upper GI tract – increasing the chances that the bacteria would be transmitted via flea bites.

Which reminds me of History Teachers‘ Black Death (based on “Hollaback Girl” by Gwen Stefani):