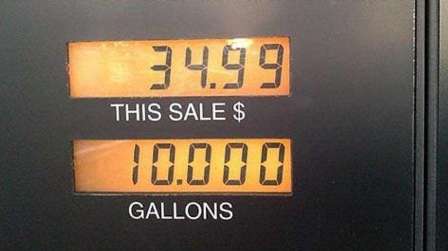 My favorite part is around the 34-minute mark. I must confess, though, that I find some of the atonal sequences in the symphony very grating and inaccessible:

The future in a world with antibiotic resistance

Bill Conti’s music for the Right Stuff, along with a few images of Chuck Yeager and the cast members portraying the Mercury Seven astronauts.

I read somewhere that the studio only gave him about ten days to turn in a full score, and with such a tight deadline he was forced to adapt classical music instead of write original compositions.

Rather cheeky of him to use Russian music (Tchaikovsky) for a movie extolling American astronauts during the Cold War!

Is there anything the ancient Greeks didn’t do?

“Individuality is fine, as long as we all do it together.”
—Maj. Frank Burns, M*A*S*H

This was originally a Smashing Pumpkins song from Batman Forever, but was later also used in the Watchmen trailers.

UPDATE: In an about-face, Ukraine refuses to sign free trade agreement with EU.

The Third Man Theme, with images of the Joseph Cotten, Alida Valli, and Orson Welles: